A new law in Illinois allows certain employees to take child bereavement leave. Highlights of the law are presented below.

Coverage
The law covers (among other entities) employers with 50 or more employees for each working day during each of 20 or more calendar workweeks in the current or preceding calendar year.

Employees are generally covered if they:

State Bereavement Leave
Covered employees are entitled to use a maximum of 2 weeks (10 work days) of unpaid bereavement leave to:

Bereavement leave under the provisions above must be completed within 60 days after the date on which the employee receives notice of the child’s death.

Note: “Child” means an employee’s son or daughter who is a biological, adopted, or foster child, a stepchild, a legal ward, or a child of a person standing in loco parentis.

Notice
An employee must provide the employer with at least 48 hours’ advance notice of the employee’s intention to take bereavement leave, unless providing such notice is not reasonable and practicable.

The law is effective as of July 29, 2016. The text of the law features additional provisions affecting employers and employees.

Under a new law effective January 1, 2016, employment agencies are jointly liable for violations of the state Minimum Wage Law and Wage Payment and Collection Act.

Background
The minimum wage in Illinois is $8.25 per hour for those individuals who are 18 years and older. Employees who do not receive tips may be paid $7.75 for the first 90 days with an employer. Those under 18 years of age may be paid at the rate of $7.75 per hour. Covered non-exempt employees are entitled to pay at time and one half their regular rates of pay if they worked over 40 hours in a workweek.

The state Wage Payment and Collection Act establishes when, where, and how often wages must be paid and prohibits deductions from wages or final compensation without the employee’s consent. 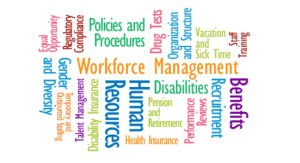 New Law
It is a violation of the new law for an employment agency to:

For more information on other state laws specific to Illinois, visit the State Laws section, click on Illinois, and choose your topic of interest from the left-hand navigation menu.

A new law, effective January 1, 2016, expands coverage of the state’s Equal Pay Act to all employers.

Background
The state Equal Pay Act prohibits covered employers from paying unequal wages to men and women for doing the same or substantially similar work, requiring equal skill, effort, and responsibility, under similar working conditions for the same employer in the same county (except if the wage difference is based upon a seniority system, a merit system, a system measuring earnings by quantity or quality of production, or factors other than gender).

Expanded Coverage
Under the new law, a covered employer is an individual, partnership, corporation, association, business, trust, person, or entity for whom employees are gainfully employed in Illinois (and includes the state of Illinois, any state officer, department, or agency, any unit of local government, and any school district). Prior to January 1, 2016, the state Equal Pay Act applies to employers with 4 or more employees.

Click here to read the text of the law.

For more information on other state laws specific to Illinois, visit the State Laws section, click on Illinois, and choose your topic of interest from the left-hand navigation menu.

CHICAGO — The U.S. Department of Labor is suing an Illinois home health care provider alleging that the company, the profit-sharing plan and two of its trustees improperly authorized distributions of $1,601,908 in profit-sharing plan assets, in violation of the Employee Retirement Income Security Act.

The action alleges that the company President and Secretary/Treasurer, Dalisay Sulit and Reginaldo Sulit, respectively, and the company took distributions of more than $1 million, to which they were not entitled. The suit asserts that these plan withdrawals were not in the best interests of the participants and beneficiaries of the employee benefit plan, as required by the law. The withdrawn plan assets were used for non-Plan purposes, including directly benefitting the company.

“Plan funds must be invested in the interest of workers and retirees, not used to prop up a struggling firm,” said Jeffrey Monhart, regional director of the department’s Employee Benefits Security Administration in Chicago. “Too often, we see employee benefit plan funds used illegally by company owners and management, jeopardizing the financial security of workers and retirees.”

Filed in the U.S. District Court for the Northern District of Illinois, Eastern Division in Chicago, the suit seeks the restoration of all related plan losses, including lost opportunity costs, and a court order requiring the defendants to account for and restore losses to plan participants.

The department is also seeking to permanently enjoin the defendants from serving as fiduciaries or service providers to any plan covered by ERISA. The suit requests the appointment of an independent fiduciary, who would be compensated at the company’s expense, to distribute the plan’s assets to participants and beneficiaries and to terminate the plan.

EBSA’s Chicago Regional Office investigated the case, and the department’s Regional Office of the Solicitor in Chicago is litigating it. Workers and employers with questions about benefit plans can contact a benefits adviser toll free at 866-444-3272 or online at http://www.dol.gov/ebsa/contactEBSA/consumerassistance.html. 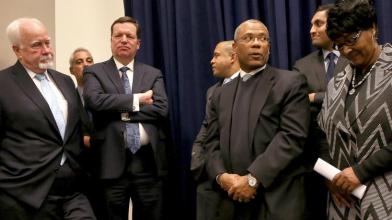 On December 2nd, 2014, the Chicago City Council passed an ordinance that will raise the minimum wage for Chicago workers to $13 per hour by 2019. This measure, sponsored by Mayor Rahm Emanuel, Alderman Will Burns, Alderman Pat O’Connor, and 31 other aldermen, will increase the earnings for approximately 410,000 Chicago workers, inject $860 million into the local economy, and lift 70,000 workers out of poverty.

The full text of Minimum Wage ordinance is available HERE.

*The ordinance provides that the minimum wage will not increase when the unemployment rate in Chicago for the preceding year, as calculated by the Illinois Department of Employment Security, was equal to or greater than 8.5 percent. The ordinance also provides that if the CPI increases by more than 2.5 percent in any year, the minimum wage increase shall be capped at 2.5 percent.

Aldermen Bob Fioretti, 2nd, John Arena, 45th and Nicholas Sposato, 36th stand in back along with members of Action Now and the Raise Chicago Coalition at a press conference at City Hall in Chicago Monday Dec. 1, 2014 to advocate for a $15 minimum wage in Chicago. (Nancy Stone/Chicago Tribune)

To Whom Does the Minimum Wage Ordinance Apply?

To Whom Does the Minimum Wage Ordinance NOT Apply?

For more information, visit the City of Chicago website at http://www.cityofchicago.org/city/en/depts/mayor/supp_info/minimum-wage.html