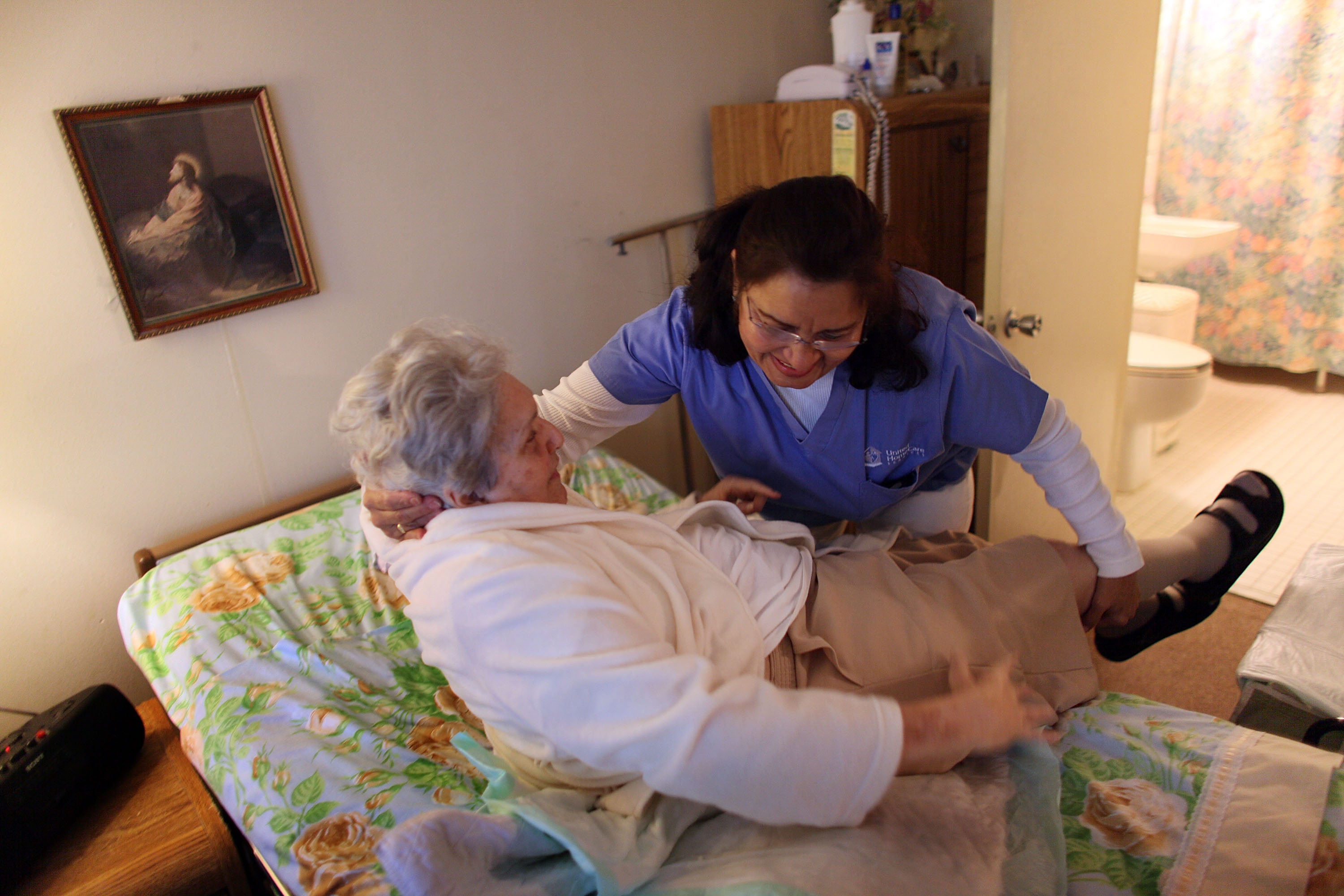 A federal appeals court on Friday reinstated Obama administration labor protections for home health-care workers, paving the way for minimum wage and overtime benefits to be paid to the nation’s two million workers who provide in-home care for the elderly and people with disabilities.

Home health-care workers are disproportionately women (more than 90 percent), people of color (more than half), and immigrants (one in four). One in five are single mothers.

These workers often make poverty-level wages for difficult work under stressful conditions, and for 40 years they have been classified by the Labor Department in such a way that they can’t qualify to make minimum wage or receive overtime pay.

“This ruling is a resounding victory for home health-care workers employed by agencies,” said Lenora Lapidus, director of the ACLU Women’s Rights Project. “These are among the poorest workers in the United States and have been historically excluded from federal labor protections.”

Writing for a unanimous three-judge panel, Judge Sri Srinivasan cited a “dramatic transformation” of the home care industry over the past four decades as a valid reason for the change. While most caregivers used to be directly employed by individual households, the vast majority of workers now work for staffing companies that service hundreds or thousands of customers, Srinivasan said.

He also noted a massive shift to providing care for the elderly in their own homes rather than in nursing homes, which requires workers to offer more advanced medical care and assistance to clients than the mere “companionship” services envisioned in 1974. The new regulation, which was upheld by a three-judge panel after being stymied by a district court ruling late last year, closes this loophole in the Fair Labor Standards Act (FLSA) that exempted “companionship” workers from overtime or minimum wage requirements.

This loophole reflected an outdated view of home care workers as informal “sitters” for elderly or disabled people, advocates say. The loophole also ignored the reality of what home care work entails (feeding, bathing, rehabilitating, managing medications, and more) and how large the $84 billion home care industry is.

Home care work is among the nation’s fastest-growing occupations, but it has a 50 percent turnover rate partly due to low pay, long and unpredictable hours, and physical and emotional stress from the work itself.

Even when home care workers technically make the minimum wage, they may effectively make less because they don’t get compensated for travel or overtime, and they often can’t get enough hours to make ends meet. Three out of five home care workers rely on public assistance.

Home health care industry officials are reportedly still considering their options, including whether to appeal the case to the Supreme Court.

Meanwhile, as BuzzFeed News notes, implementation will be the next challenge once the rule goes into effect. Wage theft is rampant even in industries that have wage and overtime protections. And there are still certain classes of workers who don’t enjoy those basic legal protections, including many agricultural and domestic workers as well as employees of small businesses with annual gross sales of less than $500,000.

All In One Poster Company is a leading labor law poster provider in the country today. Our mission is simple - to provide an absolute accurate and inexpensive solution to labor law posting requirements, and ease the burden of compliance for employers across the county in a manner that is ethical, efficient, and accurate. View all posts by allinonelaborlawposters